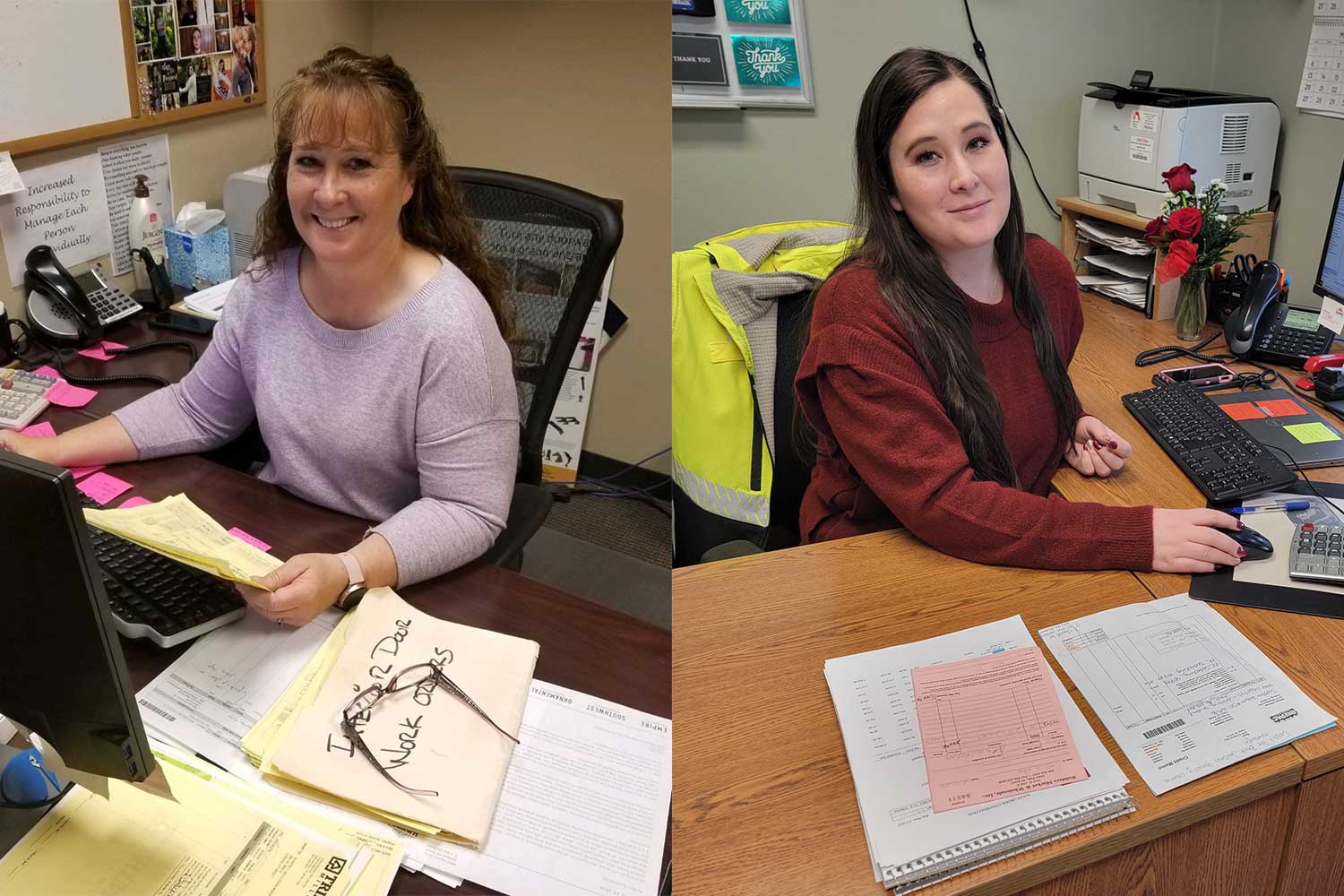 Women in Construction week is the first full week in March. Currently, only 13% of employees in the construction industry are female, according to Construction Coverage. By highlighting women at Clyde Companies, we hope to increase the number of women who decide to begin a career in construction.

LaNette Miles has been in the construction industry since 1990, working at Sunpro for the last 12 years. A mother of four, she has instilled the value of a good work ethic in each of her children, including Angela Koller, who is also employed at Sunpro.

“Like mother, like daughter, right?” LaNette said. “Both of us started our careers in construction in our early 20s. It’s been fun to see my daughter’s career take shape.”

LaNette serves as a millwork location manager in Logan, Utah, while Angela was recently promoted to assistant retail manager at the Rexburg, Idaho, location.

“I heard about a job opening at Sunpro from my mom,” Angela said. “She said, ‘Hey, Sunpro’s hiring where you’re at in Rexburg. You should check it out.’ So, I did, and the rest is history.”

Angela began working part-time as a cashier in the Rexburg store before being transferred to the Idaho Falls location full-time. Eventually, she accepted the position of building materials supervisor at the Rexburg store, before taking her current role as assistant retail manager – all within three years. Angela also went through the birth of her first child during this period of transition.

“I think what I most enjoy is getting to build relationships with so many different people,” Angela said. “I love that!I know our customers on a personal level, and I have their trust. That sometimes doesn’t come easily or naturally as a female in this industry.”

LaNette says Angela made an impression with the president of the company before she even started.

“I brought her to a company event,” LaNette said. “She walked right up to Greg Templeman and told him a few of her thoughts and opinions. Greg said that he knew right then that she was the type of person he’d love to have work for Sunpro.”

Eventually, Angela realized her love for the industry and the passion she had for the people and products she’d be working with every day.

“I feel like the knowledge that I have is always increasing, and it’s knowledge that I can apply outside of work,” Angela said. “Everything I’ve learned at work is something that can translate over to my personal life.

“It’s a steady job. It’s reliable and has great benefits. I’m very comfortable with the industry. It’s been a great job to have.”

Angela hopes to continue the path that her mother set as she forges ahead in her own career. LaNette knows that she’ll continue to do great things.

“The fact that she has been able to go from a part-time cashier to assistant retail manager, along with having a child, shows me she’s capable of doing anything,” LaNette said. “She’s had to ‘man up.’ She’s a little firecracker, and I think she does an amazing job being a female in a traditionally man’s world.”

Angela knows that anything is possible if you work hard enough for it.

“If you want something, just work to make it happen, and don’t give up when it gets tough,” Angela said. “You don’t have to sacrifice a family for a career or a career for a family. You can have both. It’s very rewarding to have both.”