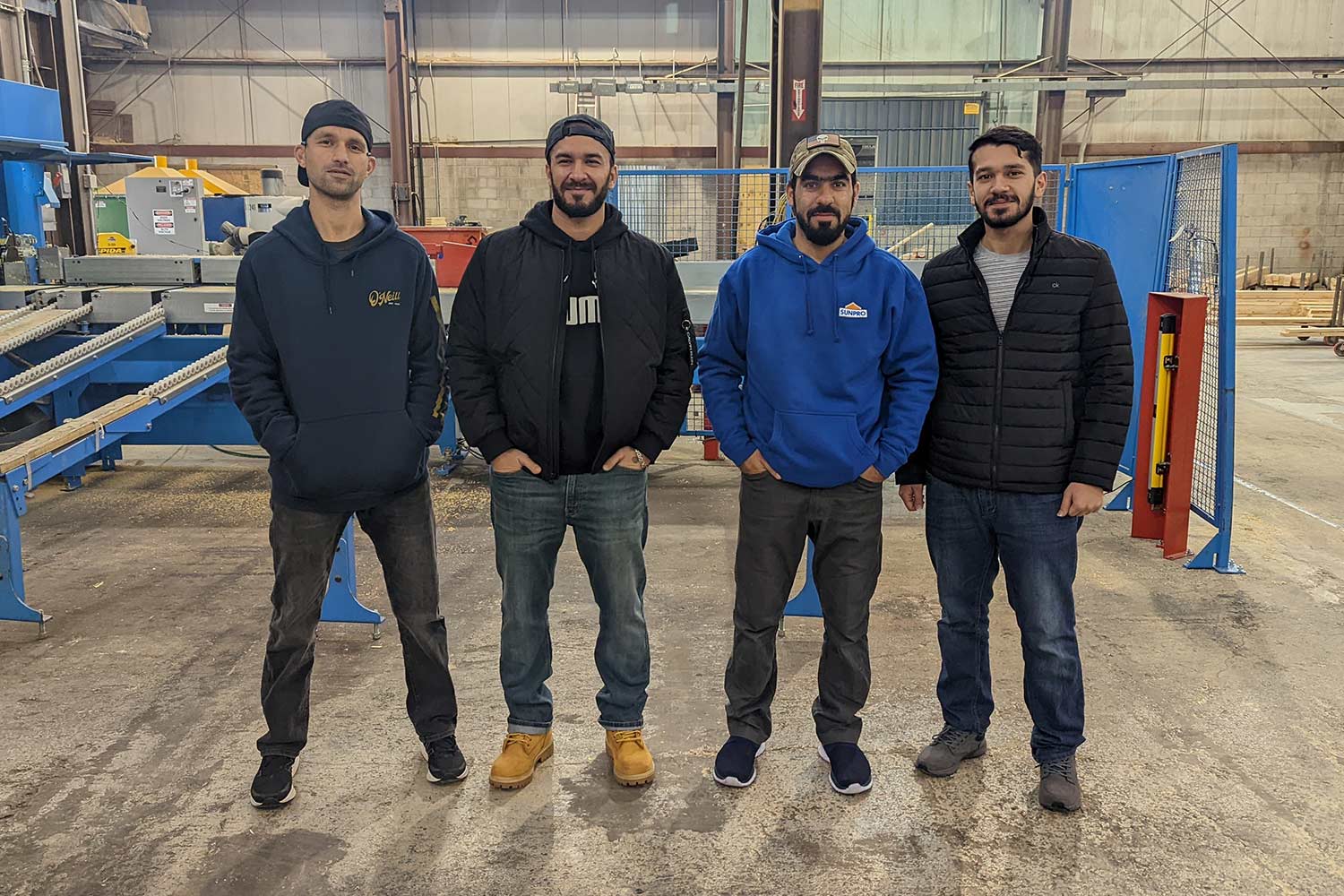 When U.S. President Joe Biden announced a withdrawal of all American troops from Afghanistan by the end of August 2021, many Afghan citizens were left in a state of fear—anxious to leave their homeland rather than return to a potentially Taliban-controlled country.

Four citizens, Farukh Wahab, Faraz Wahab, Ahmad Fahim Majidi, and Mohammad Haroon Asir, each sought asylum outside of Afghanistan. They quickly worked to leave the country— which turned out to be easier said than done. It proved extremely difficult to even enter the airport as desperation took hold of so many individuals.

All four refugees eventually made it out of the country. Unfortunately, they had to do so without the company of their families. Farukh, Ahmad, and Mohammad were sent to Abu Dhabi, and Faraz was directed to Germany.

Each day slowly passed in the terrible conditions of the refugee camps, which they said “was one of the most stressful times” of their lives. The refugees were anxious to hear their names called while constantly wondering how their families were doing, unable to make outside contact. Their anxiety was exacerbated by the fact that no one would give them information or status updates about their cases.

Eventually, the four were flown to different parts of the United States and placed in military camps in Virginia, Texas, and Indiana.

Throughout this process, Leonardo Osorio, Director of Human Resources at Sunpro, reached out to Ahmad Khalid, a current Sunpro employee originally from Afghanistan, and a friend to each of the refugees. Leonardo then contacted the United States Department of State while Ahmad kept a close eye on the process until each of his friends landed in Utah.

At Sunpro, we value people and emphasize the importance of giving back to help build a better community. Upon learning of the refugees’ situation and their arrival, plans were put in place to help them secure employment at Sunpro while assisting with housing, food, clothing, and other necessities.

Despite having to overcome incredible recent trials, each refugee already feels valued as part of the Sunpro family. The refugees quickly learned how the company could help them and the impact Sunpro would have on their lives.

While their families remain safe in Afghanistan for the time being, the four newest Sunpro team members continue to work with government officials to be reunited in the United States.

Help for other refugees continues to be needed, and Sunpro isn’t finished providing support. Plans are currently in place to help bring in additional refugees. As long as there are jobs to be filled and refugees in need, Sunpro will do its part to provide assistance in the process. At Sunpro, we believe that as we value people, they will help us build a better community.