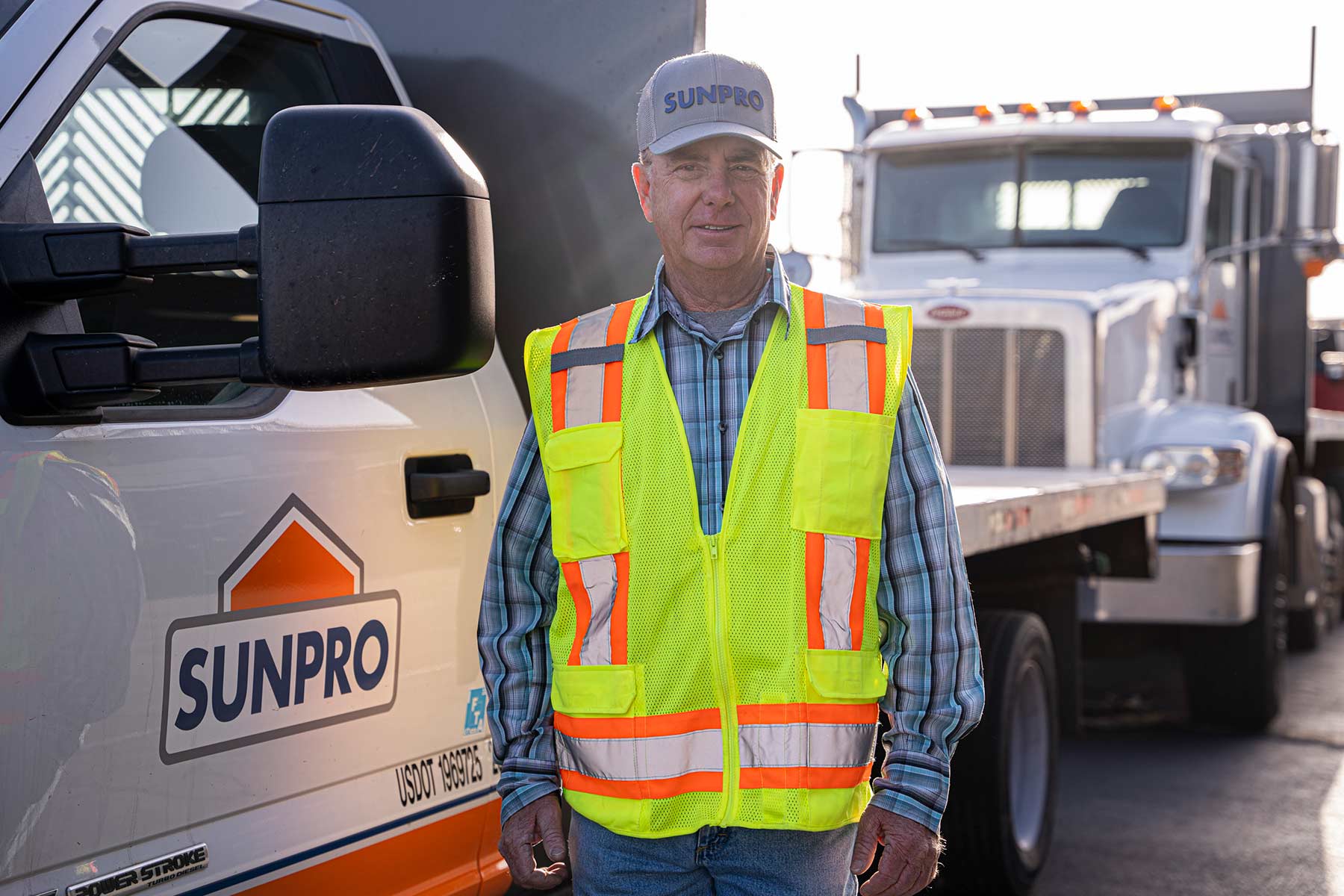 Barry Ferdinando has always been known to excel at his position, as evident in a recent award given him by his supervisor.

“I was gifted the Plunger Award,” Barry said. “It’s given internally to employees who ‘get the job done.’ We push a lot of lumber out of our gates, always getting to the job sites on time. So, it’s good to be recognized.”

The recognition comes after 11 years working in the St. George Sunpro location. Prior to his time at Sunpro, Barry worked at Anderson Lumber for 17 years.

“My manager there was Boyd Hale (former Sunpro employee),” Barry said. “When Sunroc Building Materials (rebranded to Sunpro) was relocating from downtown, he gave me a call to see if I was interested in a foreman supervisor position. So, that’s how I got my start.”

That start has helped him advance through a number of positions; however, his biggest emphasis has been in yard supervisor/foreman/dispatcher duties.

“Mainly since I started here, I’ve been the yard supervisor dispatcher,” Barry said. “When I first started, things were pretty slow. That has really changed though, and things have gotten a lot busier. We’ve evolved from just a handful of guys into a massive number of guys. The dedicated and professional crews we have now in every department are the reason we’ve had such sustained success. We’ve done a lot of growing because of them.”

Barry has been right in the middle of working through some of these growing pains, including being involved in the hiring process of new employees.

“Finding the right people to join the company is always a challenge,” Barry said. “It seems like we’re constantly hiring and interviewing. It’s just hard to find anybody right now, and that’s more of a problem now than it’s ever been. Within the last few months, we’ve also had material shortages. There have been a lot of challenges here during the last couple of years with COVID as well. We’re just so busy trying to keep up with it all. The growth is just unprecedented, so we’re trying to keep up with the demand that’s out there. These are good challenges to have.”

Despite the difficulties, Barry is willing to work through just about anything because of his love for Sunpro and Clyde Companies.

“Sunpro is a great company,” Barry said. “I enjoy the fact that they’re very stable. They’re definitely on the cutting edge of things within the industry. Upper management, including my supervisor John Nicholls, is very conscientious of trying to make sure we’re relevant and at the top of our game. They’re a good family-oriented company that offers a great compensation package. They offer a lot as far as employers go.

“I think Sunpro offers a very positive work environment. We’re very safety conscious, which is great. There’s so much opportunity for a person in the company with the growth potential here. You can go as far as you want to go between all the different subsidiaries of Clyde Companies. I think there’s no limit to what somebody could do if they were to come on board and really want to move up and better their lives and their careers.”