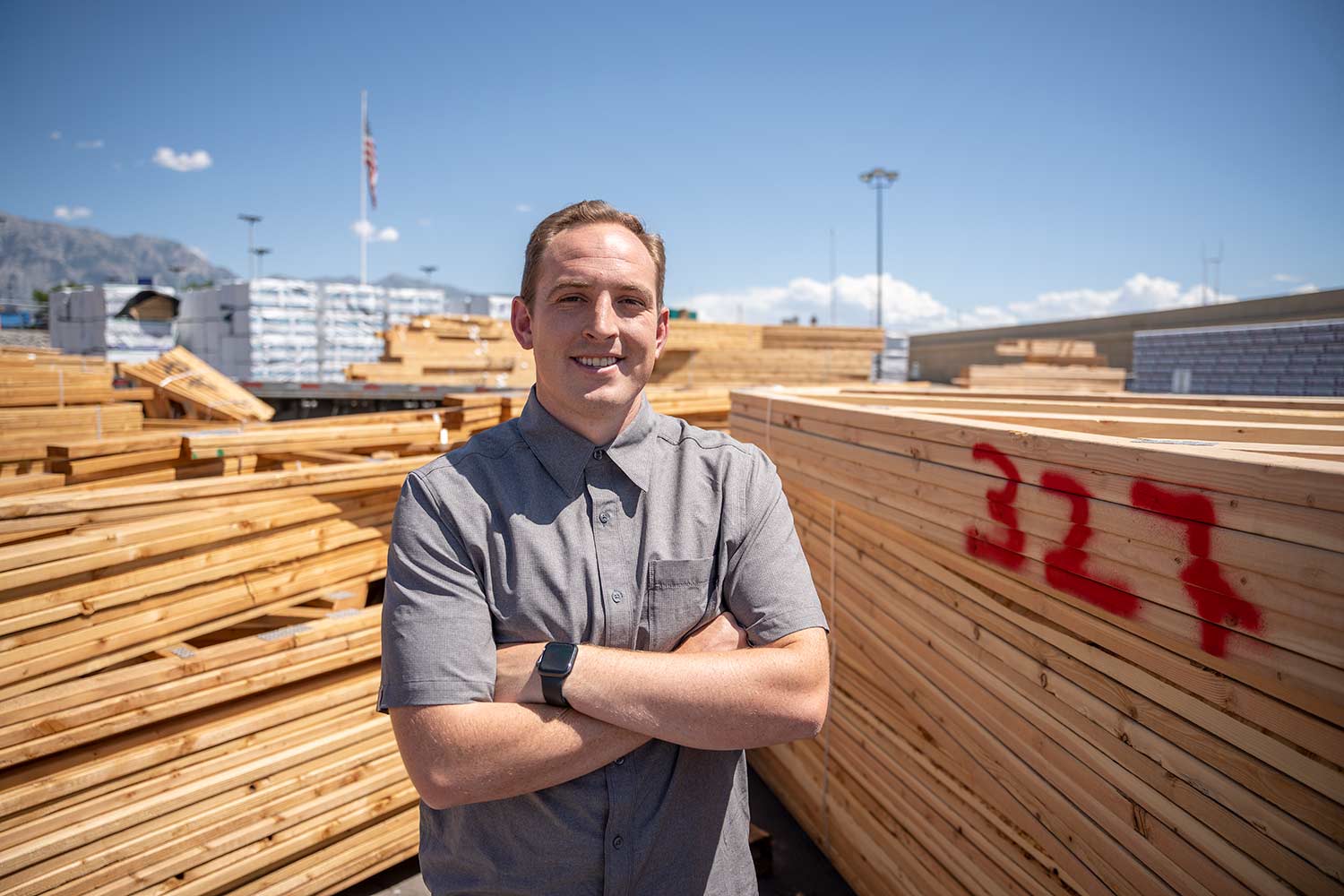 Zach Stanley’s breadth of experience at Sunpro has proven particularly valuable as he has advanced from role to role in the company.

“I’ve worked in many different divisions at Sunpro,” Zach said. “I started in insulation loading trucks at night. Then, I received an internship for our truss department. I followed that up by working at the front desk in Lindon for lumber, truss, and insulation. Later, I went from the position of Building Materials Associate to Building Materials Specialist, splitting time between lumber and truss.

“In time, I became a Building Materials Supervisor, and soon after, an Operations Manager for truss. Now, I’m the Location Manager for the Sunpro Willard truss plant. My responsibilities include everything from production, to sales, to a little bit of design.”

An employee with the company since 2014, Zach has always looked up to the leadership of Sunpro, including taking career advice from current company president Greg Templeman.

“Greg encouraged me to get my MBA,” Zach said. “He took the time to mentor me and give me career advice when I first started with the company. It meant a lot to me and proved that Sunpro has great leadership who wants the best for all employees.”

In addition to hard work and a good attitude, getting additional education has enabled Zach to advance to managerial roles. He says the people are the greatest reason he’s stayed with the company since getting his first job with Sunpro.

“What I love most about my role is working with my co-workers,” Zach said. “We have a great culture in the truss plant. I’m very close with both the Willard and Lindon truss plant employees.”

Sunpro has always felt like home. Zach’s father, Dave, worked for the company as he grew up.

“My dad works for the garage door department,” Zach said. “That’s how I got my start in the industry. They were hiring insulation employees, so I got hired to help with that while finishing my schooling.”

Zach knows all about helping people see the greatness of Sunpro. He’s played a significant role in changing culture at the Willard location.

“When I got up to Willard, one of the major goals was to increase production capacity,” Zach said. “Over the last few years, we’ve internally promoted a new production manager and two truss foremen. Additionally, in the same timeframe, 85% of our current production employees have been hired on. We have seen our production average increase by about 70% from where it was. It’s been amazing to see the production increase and culture change that the Willard truss plant has achieved.”

According to Zach, as Sunpro continues to expand, it provides many career advancement opportunities for its employees. He hopes to be able to continue to make an impact in whatever position he’s needed.

“I believe the future at Sunpro is bright,” Zach said. “I’m extremely invested in Sunpro, and it’s future.”