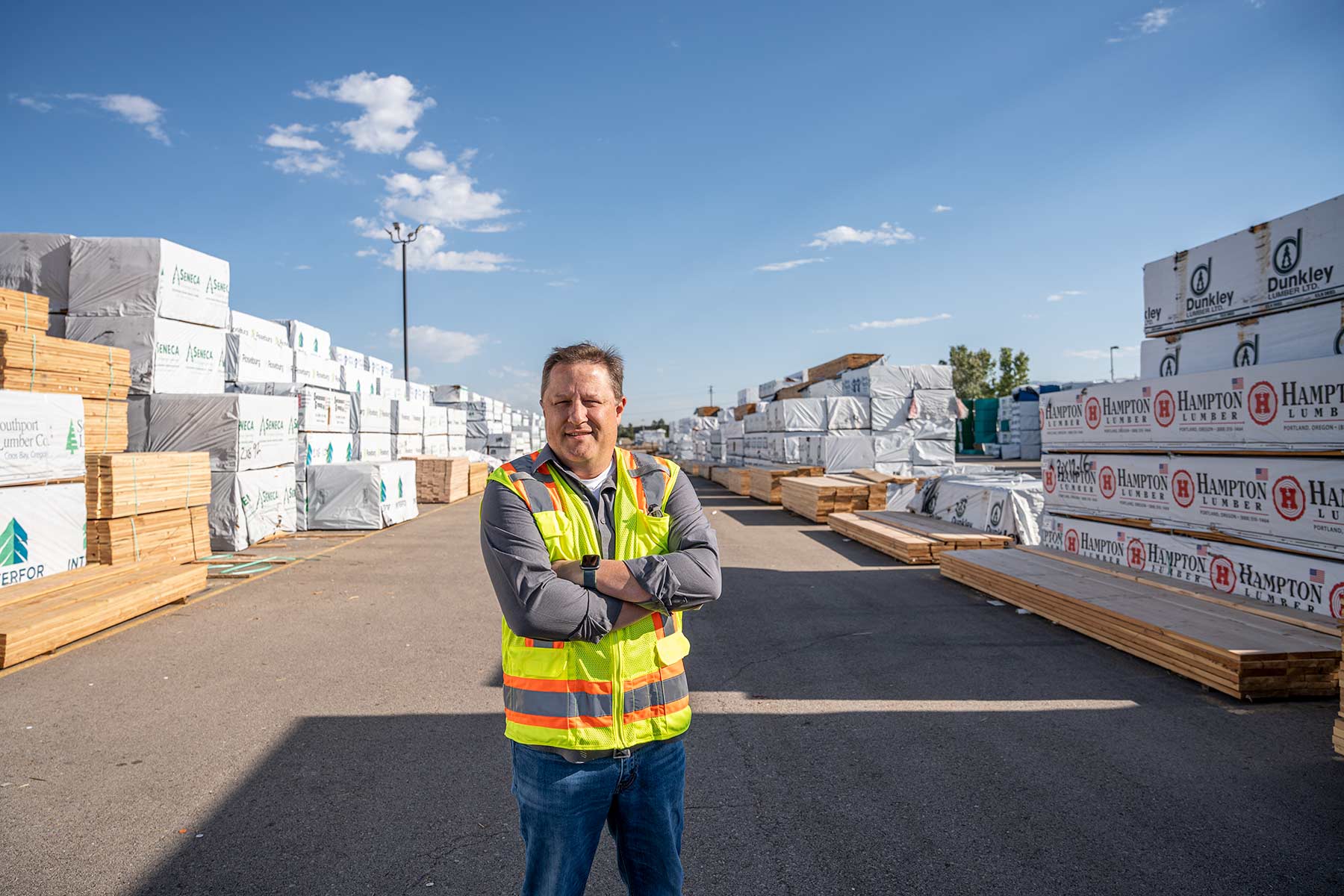 An avid sports fan, Brad Fife’s introduction to the construction industry came due to a conflict in his baseball schedule.

“Back in 1986, I played a lot of baseball,” Brad said. “I was in high school at the time and my mom wanted me to get a job. I found one, but it overlapped with a baseball tournament we were in.

“I told my coach that I wasn’t going to be able to make it because I was starting a new job. He said, ‘No, you’re coming to work for me.’ He was a manager of a building materials supply company that used to be in the area. That’s how I got my foot in the door in this business.”

Prior to Sunpro, Brad worked for nearby competitors before being recruited to come and work for the company four years ago. Now, he’s the purchasing manager for the entire Sunpro Corporation.

“I’m actively trying to get the best market deals we can while pursuing contracts,” Brad said. “I make sure that all our locations are covered with material. One part of my job that I love is negotiating with the mills. It’s just a fun thing to try and see what kind of deals you can get done.”

Brad says his career has been extremely fulfilling and good for him and his family as he’s grown in each position he’s had.

“I like the industry, and I love the people here,” Brad said. “Not just the coworkers that I’ve worked with throughout the years, but I’ve also enjoyed getting to know the customers and vendors that we work with. For me, it’s been about the relationships that you build. That’s probably the most rewarding thing.”

Relationships in recent times have seen their fair share of strain, as inflation and supply and demand issues have troubled the industry.

“Since I’ve been at Sunpro, it’s been pretty hectic,” Brad said. “The market has been more volatile than at any other time throughout my entire career. It has provided a challenge. I think the people that we work with have been very understanding of the hard times that we’re going through in trying to secure material that a lot of times just isn’t there. Just the character of people that we work with has been very nice to deal with.”

Brad hopes to continue at Sunpro for the long haul doing exactly what he’s been doing for the majority of his career.

“At this point my life, I’m pretty content with my work,” Brad said. “I’ve done this for so long, I’ve become really good at it. It’s likely where I’ll end up being for my last remaining work years.

“I’ve learned that the positions that you want may not be open right away, but this industry changes a lot and there are a lot of moving parts. I’m glad to have found something that I love and that works well for me and my family.”