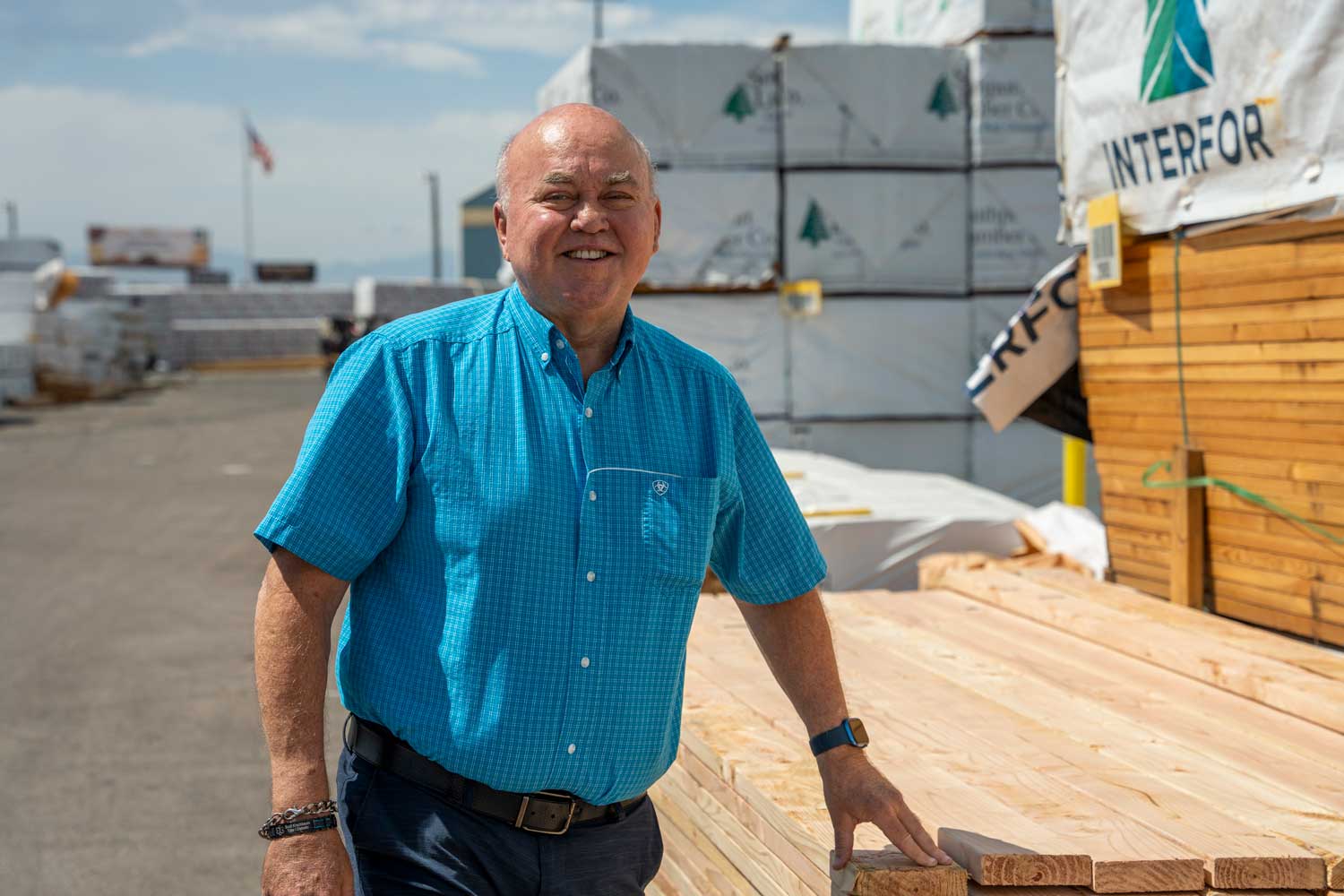 Not many employees can say they’ve been with a company for over 40 years, but for Scott Kirschbaum, working at Sunpro has been a way of life. Scott has witnessed the impressive growth of the company from the days when it was originally called Utah Service.

“I was going to college and shortly after my wife and I got married, we found out that she was pregnant,” Scott said. “At the time, I was only working part time, so I decided to apply for a full-time job at Utah Service. They weren’t looking for anybody, but I just kept calling. Finally, I think they got sick and tired of me calling, so they hired me. I think I was making $3.45 an hour when I started.”

Scott has taken on many roles throughout the years, but when he first started, he was a sales associate on the floor. Eventually, he moved into a managerial role, gaining a $2.00 an hour raise — the largest raise the company had given someone at the time.

“After 5-10 years, I decided that was too much, so I just went to outside sales. I’ve been doing that for the last 20 years or so. I really enjoy working with people. I love meeting different customers and taking care of their needs, trying to make their lives easier.”

In his time with the company, he’s seen an incredible amount of development happen through his customers’ work.

“I was thinking about this the other day — how many houses have I been involved in selling in my career?” Scott said. “I really don’t even know. It could be 30,000. Maybe 40,000 or more. It’s fun to drive around places like Lehi and see all of the lumber that I helped sell for different subdivisions. That’s pretty cool to see the end product of it all.”

Even though he’s been with the company for 42 years, Scott isn’t sure how much longer he’ll be working. He hasn’t thought about when he wants to call it quits.

“I was going to retire two years ago, but I decided against it,” Scott said. “I’ve done pretty well with Clyde Companies. They’ve really helped me with my retirement and stuff like that. I still really enjoy working though. I used to work 80 hours a week, but now I’m down to 40-45 hours a week.

“I just want to keep doing this for at least another one or two years because I still do enjoy it. I enjoy the people we work with, and Clyde Companies has been by far the best company that anybody could work for. That’s why I’ve been here for as long as I have.”

Throughout the years, Scott has gained a deep appreciation for the way that Sunpro and Clyde Companies take care of their people.

“Sunpro is a very good company,” Scott said. “They have great leadership, and they treat their employees well. If you want to have a successful career, this is a really, really good company to work for. They’ve always been there and supported me. I’ve had opportunities to go to other companies, but there’s just no way I’d leave Sunpro or Clyde Companies.”